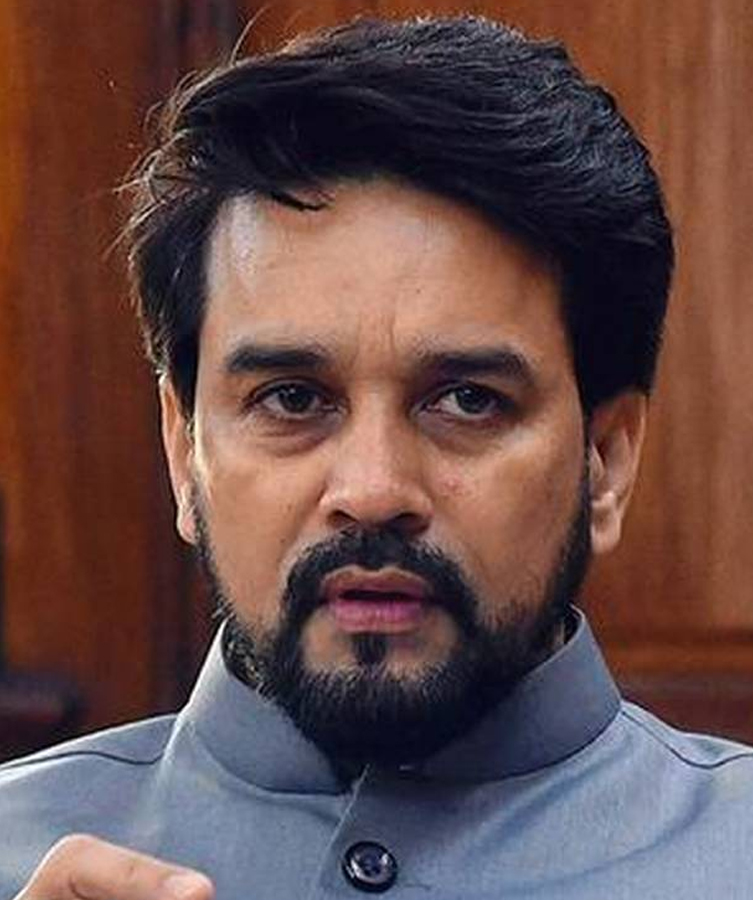 Mr Anurag Singh Thakur is a Minister of State Finance and Corporate Affairs. He is a four time elected Member of the Indian Parliament (Lok Sabha/Lower House) from Hamirpur, Himachal Pradesh. Within Parliament he has served as Chairman of the Parliamentary Standing Committee on IT and Member of Public Accounts Committee. During the 16th Lok Sabha, he was appointed as the Chief Whip, Lok Sabha, becoming the youngest to assume the post.

He has been appointed by Global Fund as the Global Champion in the category of Public Health for creating awareness about Malaria, TB & HIV AIDS. He is a recipient of the Best Young Parliamentarian Award in 2011 and recognized as a "Young Global Leader" by the World Economic Forum. In a nationwide survey in the run-up to the 2014 General elections he was rated amongst India's Top 10 MPs based on his Parliamentary performance and commitments to society at large.

Recently, he was awarded the Sansad Ratan Award in category of Jury Committee Special for his outstanding performance as a Parliamentarian, becoming the only Member of Parliament from BJP & North India to be coveted with this honor.

This portal is designed and developed by UTIITSL, India